About Episode – The Final Battle, Part One –

Albedo steals the incomplete Ultimatrix (a new device which Azmuth is working on) from Azmuth’s lab and completes it. He tries revert to his old form but he is not able to, for he needs the Omnitrix. Soon Vilgax proposes that the two of them should take revenge on Ben. Myaxx warns Azmuth of the Ultrimatrix’s disappearance. Meanwhile, Ben is captured by an old enemy, Kraab. Gwen and Kevin, along with Ship, take flight to rescue Ben, while in the process destroys Kraab’s ship, and rescuing Kraab as well. Later, Albedo defeats and captures Kevin (as Diamondhead) and Gwen (as Swampfire) and fails to defeat Max as Spidermonkey so runs away as Rath. Max goes to Ben’s house and Albedo appears on his TV, blackmailing Ben to come to his friends’ rescue. Albedo, as Humugousaur, turns into Ultimate Humungousaur, with the power of the Ultimatrix, and fights Ben as Humungosaur. Ben discovers that Albedo has been working in conjunction with Vilgax. In order to save his best friends’, Ben gives up the Omnitrix to Vilgax.

Max arrives and frees Ben and the gang and gives Gwen her old spell book which she uses to cast a teleportation spell that allows the gang to escape. Vilgax betrays Albedo, keeping the Omnitrix (against their deal) and uses it to turn his army of bioids into Humongousaurs. Albedo fights and defeats most of them as Ultimate Humongousaur but they eventually defeat him. Ashamed from what he recently did, Ben runs away into the forest where Gwen comes to help him but she is unable to as Ben is too depressed. Ben cries out Azmuth’s name for help. Behind him, Azmuth reveals to Ben the secrets to the Ultimatrix and how to defeat Vilgax and Albedo. Powerless, Ben along with Gwen, Kevin, and Max, go aboard Vilgax’s ship and faces off with Vilgax to stop his invasion of Earth.

Ben sets the Omnitrix on self-destruct when Vilgax refuses to surrender it and eventually the Omnitrix self-destructs, which causes Kevin to return to his normal self. Ben then sets Albedo’s Ultimatrix to self-destruct as well, but Albedo gives the Ultimatrix to Ben and shuts off the self-destruct. With the Omnitrix destroyed, Ben goes off and fights Vilgax with Swampfire from the Ultimatrix, but since Swampfire is too weak, he soon becomes Ultimate Swampfire and fights Vilgax while Gwen and Max take control of Vilgax’s ship which is about to crash onto Earth. As the ship sinks underwater, Ben escapes Vilgax’s true alien form, a giant octopus-like creature, and comes to surface as Jetray where Gwen, Kevin and Max are floating after the ship’s fusion drive explodes, apparently with Ben still inside it. Ben appears shortly afterwards and the whole gang hugs. Kevin wondered if Vilgax is alive and if he will return, but Ben says, “If he ever does, it’s hero time!”

Warning – if after clicking,ad appears ignore them and click again,its because of some error we r trying our best to remove it Like us on Facebook – https://www.facebook.com/worldwanimenews 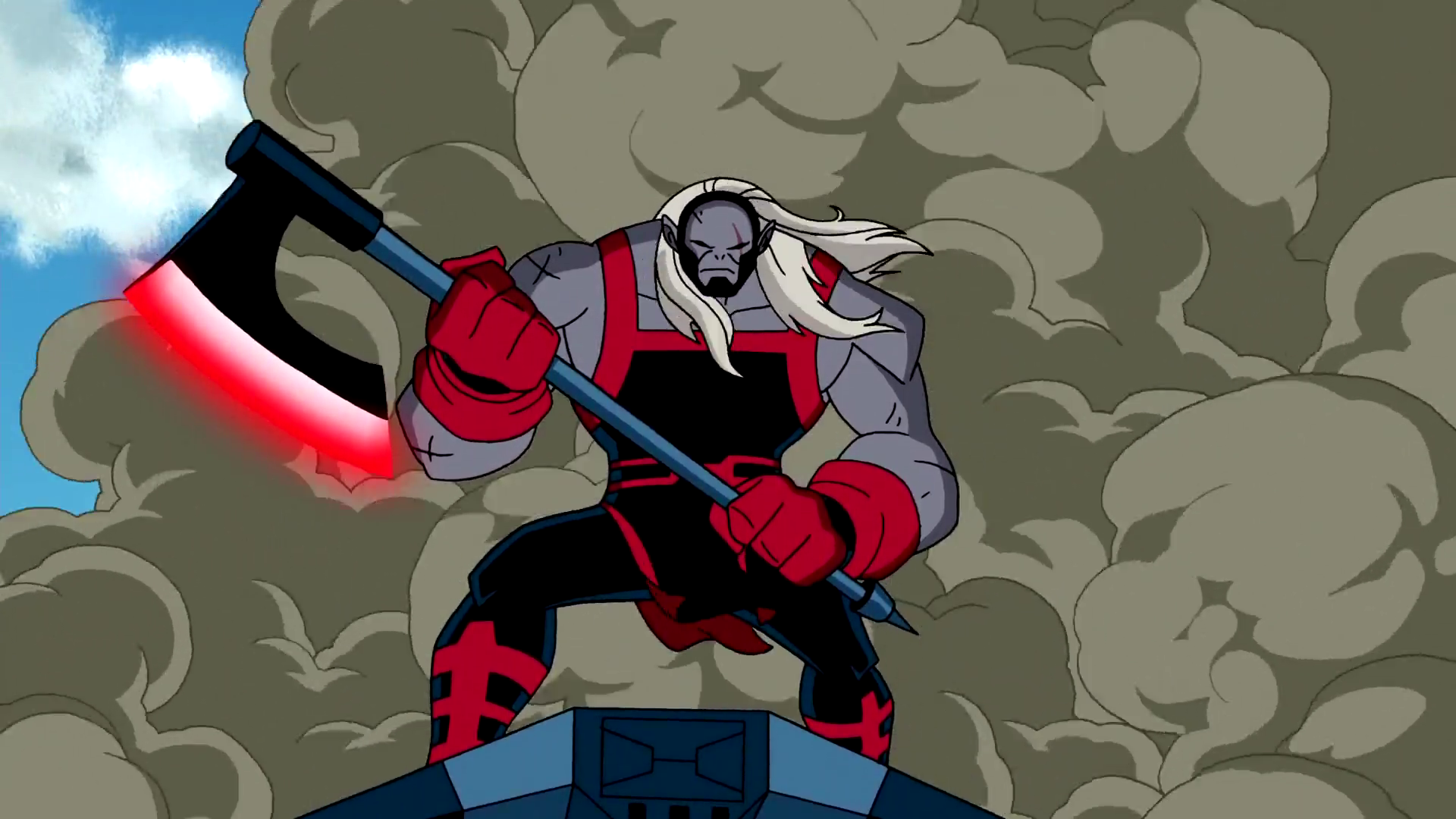 About Episode – A retriever who specializes in obtaining rare goods comes after the Omnitrix, dimensionally separating the Omnitrix and a part of Ben. Ben is sent elsewhere, fighting to survive, while his friends try to figure a way to bring him back.

Brought to you by truthaboutcni.blogspot.in
March 6, 2015June 2, 2015 by animenetworkindia Categories: Ben 10 Omnitrix Leave a comment

About Episode – Gwen’s older brother, KEN, disappears and she gets Ben and Kevin to help her track him down. Their investigation leads them to find not only Ken, but also another long-missing relative, and a startling secret of the DNAliens. This discovery comes at a high cost as Ben is left with greater responsibilities than ever before.

Brought to you by truthaboutcni.blogspot.in
March 6, 2015June 2, 2015 by animenetworkindia Categories: Ben 10 Omnitrix Leave a comment

About Episode -The team has to get to the captain of the fleet, on the Highbreed head ship to stop the invasion. Ben, Gwen and Kevin quickly head to the captain of the fleet. The Highbreed commander and the team fight, and an enraged Gwen unleashes her dormant Anodite form for the first time in a desperate attempt to save Kevin, but returns to her normal human form. The trio is then surrounded by a group of DNAliens, but are saved by Grandpa Max, Pierce, Helen and Manny plus one Null Guardian, who have regained control over the Null Void.

Ben, Gwen, Kevin, Azmuth and Ship as a spaceship head to the Highbreed’s home world to confront the Highbreed Supreme with Ben as Brainstorm being the pilot. The Highbreed Supreme refuses to recall the fleet, and Azmuth reveals that the Highbreed’s obsession with genetic purity has resulted in sterility in their species: they intend to cleanse the galaxy of all life in retaliation. Using the Omnitrix, Ben sends out an energy wave that reprograms the DNA of every Highbreed in the galaxy, fusing their DNA with random species from the Omnitrix to repair their genetic damage. Stunned and horrified at the loss of the genetic unity, the Highbreed Supreme immediately consider racial suicide as their only honorable option, but Reinrassic III, who has returned, convinces his race that their new impurity is desirable, and the fleet is recalled. Max decides to take in Ben’s recruits (all except Darkstar, who ran off) and train them. As a side effect of reprogramming the Highbreed genetic damage, Ben finds the Master Control has been reset, leaving him with brand new aliens as well as his old ones.

About Episode -Paradox and Azmuth arrive on Earth to warn Ben of the approaching Highbreed fleet. Gwen and Kevin gather all the allies they’ve met (Alan, Cooper, Julie and Ship, as well as their enemy Darkstar) to counter the threat. Meanwhile, Azmuth reveals to Ben that the Omnitrix contains the DNA of every sentient species in the galaxy, over one million in total, and unlocks the Master Control so Ben can effectively combat the Highbreed.

This includes all of his old aliens. With Ben as Cannonbolt, the team converge on the Highbreed hyperspace jump gate in Los Soledad in an effort to prevent its activation, but the attack only provokes the Highbreed in charge to summon the fleet ahead of schedule. To try and stop the fleet coming through, the team with Ben as Upchuck attempts to destroy the hyperspace jump gate but it does not work. Ben then turns into Way Big, and tries to rip down the gateway, it starts to work but as the Highbreed in charge now preemptively activates the gate, it initiates and knocks Ben unconscious

While Ben is trapped in Khyber’s ship, Khyber tells Ben that he needs different alien DNA to complete the evil incomplete version of the Omnitrix the Nemetrix he also reveals that Dr. Psychobos assigned him to hunt down various species for DNA to transfer it to the Nemetrix and also tells Ben that the reason Dr. Psychobos is creating an evil Omnitrix is because of the orders from Malware. After Ben breaks free, a brawl breaks out leaving Khyber the victor. Just when it seems Ben is finished, Rook breaks in and saves Ben the duo then reveals to Khyber that they orchestrated the whole “fight” at Undertown and Ben only let Khyber capture him so he can lead them to his ship. After a long fight Ben and Rook accidentally crash Khyber’s ship eliminating the DNA to complete the Nemetrix, Khyber and his Dog emerge unharmed as Malware and Dr. Psychobos arrive. Omnitrix Alien Debuts: Humungosaur (Omniverse Debut), Big Chill (Omniverse Debut) Nemetrix Alien Debuts: Tyrannopede (Predator to Humungosaur)